bluebird bio Could Sublease to Facebook in Kendall Square 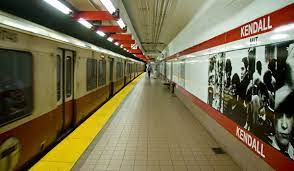 With life sciences companies paying rents anywhere from $10 to $30 per square foot higher than other tenants, many outside the industry are moving out of core clusters in Kendall Square, Torrey Pines, and South SF to let biotechs have the expensive markets to themselves.  CRM software developer Pegasystems, for example, recently announced it would expand outside its long time home of Kendall Square, taking on 130,000 square feet in Waltham.

Facebook, however, appears to be bucking that trend, and is reportedly in talks to sublease some of the 267,000 square feet bluebird bio agreed to lease at $99.95 per foot two years ago in a separate sublease from Aventis.  The social media company already has 130,000 square feet down the street at 100 Binney Street, and doesn't appear to be phased by Kendall Square rents, which are some of the highest in the country.

Submarkets around downtown Boston, including the Seaport and Kenmore Square, are commanding rents in the 70s, and Alexandria is making a big push near Kenmore Square with its new Fenway development.  While some companies have headed west out of Kendall Square to Watertown or Waltham in search of cheaper space, the Kenmore/Fenway neighborhood offers urban amenities those submarkets can't match and is poised to see rents head towards $100 per sq foot.  Boston is already one of the hottest commercial real estate markets due to the presence of life sciences,  if more companies outside biotech decide to expand in the industry's core Boston submarkets, we could see commercial real estate renting for prices never seen anywhere in this country.