Yesterday I posted on DermTech's deal with Kilroy for $51/square foot in La Jolla.   But San Diego is emerging as one of the few markets that could support over $60/square foot with its rapidly growing life sciences sector.  Sorrento Therapeutics recently signed a deal to take a new property at Healthpeak's Sorrento Gateway project, with an initial base rent of $61.20 per square foot.

The deal gives Sorrento 163,000 square feet at the development and is signed with escalators for a long, 188 month, or nearly 16 year, term.   Sorrento already leases space across the street from the property at 4930 Directors Place, and is consolidating its leases to have the same 2037 end date.

With Class A Space in La Jolla and Torrey Pines becoming some of the most expensive in all of Southern California, will be interesting to see what happens to the efforts to bring life sciences companies to Downtown San Diego, where IQHQ is building its $1.7 billion RaDD (San Diego Research and Development District) on the urban waterfront. 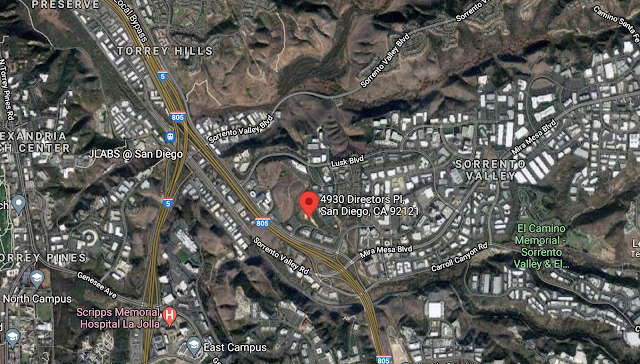