Is Boston Properties Investing in the Wrong Lab Space Markets? 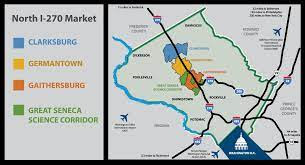 Boston Properties (BXP) is a publicly traded REIT like Alexandria, and focused on high rent markets, primarily Boston, New York, DC, San Francisco, and Los Angeles.  Its stock has returned 30% YTD compared to 16% for Alexandria, and it will be interesting to see whether it decides to go up against Alexandria in San Diego, which is  a top-of-the-line lab market, but a middle-of-the-pack office market. Meanwhile, DC is exactly the opposite.  The modest $269 per square foot price Boston Properties paid for its Suburban Maryland campus is well below the $500+ per square foot prices to build or acquire labs in San Diego.  If BXP wants to get serious about labs, it might need to rethink which markets command premium rents, because right now La Jolla/Torrey Pines is running way ahead of where it's investing along the I-270 corridor outside Washington.