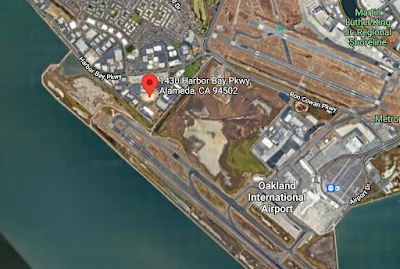 South San Francisco-based CAR-NK developer Senti Biosciences has signed a 92,000 sq. ft. lease for cGMP manufacturing facilities the East Bay.  While the site at 1430 Harbor Bay Parkway has an Alameda address, it sits right next to Oakland Airport property.  Senti is leasing the site from Invesco, which bought the building in June for $307 per foot.

Senti will use the facility to manufacture two allogenic CAR-NK drug candidates, both of which have yet to enter clinical trials.  Due to the sensitivity and immaturity of CAR-NK drugs, especially compared to CAR-T, Senti does not want to outsource production to a CDMO.   Additionally, CARs in general require much more manufacturing space than standard in vivo therapies which are often produced in much smaller manufacturing environments.

The neighborhood next to Oakland airport has nearly a million square feet of flex and industrial space, and other life sciences tenants including Abbott Labs and Fluxion Biosciences.