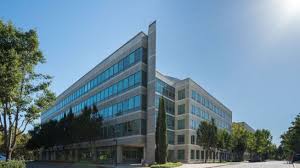 10x Genomics is taking over the area around the 1-580/I-680 junction about 35 miles east of San Francisco, an area that has traditionally been dominated by software developer Workday.  It recently commenced a lease at 6210 Stoneridge Mall Road, a former Workday building, where it will occupy 145,000 square feet with initial lease rates around $38 per square foot, varying slightly by floor.

10x is also adding space nearby on Springdale Road, and the road connecting those facilities to its existing presence next to the mall will be renamed "Genomics Place" as the City of Pleasanton does all it can to support the growth of its tech employers.

While PeopleSoft (now part of Oracle) and Workday founder Dave Duffield chose to locate there, Pleasanton is not a traditional spot for either tech or biotech.  Its distance from Stanford, Berkeley, and San Francisco has not made it a top choice for tenants trying to attract workers in either industry.  However, its distance from these landmarks has made it much cheaper than other Bay Area locations, allowing 10x to pay rates half of what it would be paying now in South City or elsewhere in the peninsula.  It has also become somewhat of a biomanufacturing destination, with Emeryville-based Gritstone bio leasing its 43,000 square foot production facilities there for just over $10 per foot.