Invitae Expanding into RTP/Morrisville, NC for $33.50 per Square Foot 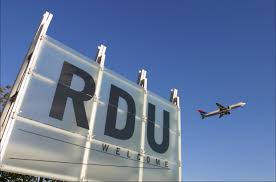 San Francisco-based genetic testing provider Invitae announced earlier this year that it would add 245,000 square feet of lab/office space in Research Triangle Park at 1001 Airport Boulevard in Morrisville, NC.  The company, which reported having 2,100 employees at the end of 2020, plans to hire up to 374 people at its new location.

The property is a redeveloped shopping mall located across I-40 from Raleigh/Durham airport.  Invitae's initial base rent is $33.50 per square foot with 3% annual escalators across at 160 month term.   According to media reports, RTP beat out Frederick, Maryland, about 45 miles northwest of DC along the NIH/I-270 corridor, for the location.

Earlier this year, Invitae added 40,000 square feet near its headquarters in San Francisco's Portero Hill neighborhood, moving to a Class B creative space at 444 De Haro Street.   Asking rents in that neighborhood are $45-$50 per square foot post-COVID, not significantly higher than the company paid for its RTP expansion space.