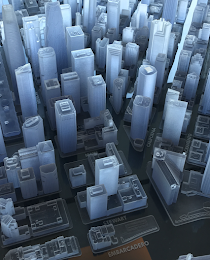 Last year, therapeutics developer Zogenix received its first FDA approval, a drug to treat a rare childhood epilepsy disorder.  Three years ago, it signed a 37,000 square foot lease in Emeryville for $47 per foot, at a time when space in the City of San Francisco across the Bay was going for $70 a foot.  Yet today, rates for the limited lab space in Berkeley/ Emeryville are pushing $70 a foot while subleases in the City’s SoMa and Mission Bay neighborhoods are going for $45-$50.

While Zogenix is a more of a traditional therapeutics drug developer, Berkeley/Emeryville has become a hot spot for synthetic bio.  PerfectDay, Prime Roots, Finless Foods, and recent recipient of a $400 million+ venture round Pivot Bio are just some of the tenants in this neighborhood two miles west of the UC Berkeley campus, next to the Bay. With only about three million square feet in this submarket, rental rates have soared since Zogenix signed its lease three years ago.  However, some relief should be on the way with Zymergen likely to start subleasing some of its 300,000 square feet in the neighborhood, and BioMed’s 910,000 foot Emeryville Center of Innovation coming online over the next few years.  Nonetheless, with Bay Area life sciences VC poised to top $10 billion this year, the new supply might not be enough to keep rates from reaching closer to $80/sq ft, as they already have in South City.

While lease rates in areas that border San Francisco are soaring, rates in the city itself are not.  Vir Biotech and BridgeBio signed subleases earlier this year in Mission Bay for less than $50 per square foot, in spite of being across from the new UCSF Medical Center.  Zynga has just added to the glut of available sublease space in the city, with asking rents for its building right around $50.  In addition to life sciences tenants often preferring downtown adjacent sites to downtown itself, CAM (Common Area Maintenance) charges are often higher in San Francisco due to high taxes and propositions passed over the last few years that add to the overhead of leasing there.
San Francisco attracted a large number of software/Internet companies in the 2010s that previously would have gone to the Peninsula or South Bay.  This not only pushed up lease rates outside the core Financial District, it led the city to get a little cocky about the benefits it provided employers, and overregulation with new taxes like Prop C.  Moreover, life sciences companies, unlike software developers, need to partner with each other more than they compete with each other, which reinforces existing clusters even if they lack lifestyle amenities of walkable, urban neighborhoods.
The combination of limited demand for San Francisco life sciences space and software companies subleasing their urban offices has put the brakes on many lab projects within city limits.  Most notably, Alexandria has put its 88 Bluxome project on hold after Pinterest paid $89 million to get out of a lease there, but the city is still hoping the new Mission Rock development, near UCSF and between Oracle Park and the Chase Center, will attract life sciences tenants.  But this seems more like hope than reality.  Unlike San Diego and Boston, which have built up clusters within city limits, San Francisco has yet to do that, with Mission Bay sputtering while Berkeley/Emeryville and the Peninsula are running out of lab space.  Life sciences companies usually prefer quick to cheap, and will typically trade dollars for time to the clinic.  But for now, San Francisco is not doing enough to reverse the trend of suburban labs leasing for 50% more than their counterparts in the city.