Discussion about Los Angeles as a Biotech Hub 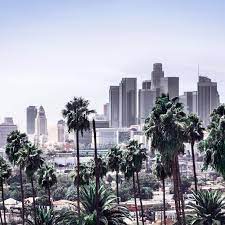 We had a great discussion yesterday with the DNA Tie Club on ClubHouse regarding the growth of the LA biotech industry.  Participants in addition to me included real estate developer Ben Pouladian, former SVP at Bench International Karen Fulmer, Arye Lipman, an investor at MarsBio, and Nader Elrashidy from Portal Innovations LLC.

The sentiment seemed to be that LA doesn't need a targeted cluster like La Jolla/Torrey Pines, Kendall Square, or South City to be successful.  Rather, its combination of culture, arts, talent, capital, and low lease rates create a regional strength that should support a few clusters.  While the market hasn't developed to the point where it has focused niches, like Berkeley/Emeryville has in synthetic bio, a med device cluster has developed around Santa Clarita/Valencia with Abbott Labs, Boston Scientific, and Takeda.  As I posted about earlier this week, Cantor Fitzgerald recently paid over $500 a foot for a Boston Scientific's building in that submarket.

In addition to devices, LA has an obvious strength in CAR-T from Kite, and can build off that legacy with Gilead, which has maintained the old Kite office in Mid-City Santa Monica.  Additionally, Culver City-based cell therapy startup Appia Bio raised $52 million earlier this year to advance its CAR-T and CAR-NK biologics.

Some of the emerging hubs we discussed include Downtown LA, "somewhere" with access to both the West Side and the Amgen Thousand Oaks campus, and Culver City-LAX-El Segundo.  In addition to the NIH Funding and research activity at UCLA, USC, and CalTech, it was pointed out that City of Hope medical center has been active and could end up spinning off more early stage startups east of downtown around Pasadena and Moravia.

As we've seen life sciences venture funding increasingly spread out beyond Boston, the Bay Area, and San Diego, Los Angeles, which was #5 in VC raised last year after those three and New York, is poised to become a more prominent location for new biotech companies